🇺🇸 Please click here to find an English version of this interview.

END_OF_DOCUMENT_TOKEN_TO_BE_REPLACED

Lesbian, gay, bisexual, and transgender (LGBT) people in Tanzania experience substantial prejudice, discrimination, and violence, which has a significantly negative impact on their well-being, and are being denied their most basic human rights. I talked to three Tanzanian LGBT activists who are themselves members of Tanzania’s LGBT community to learn more about the lives of LGBT people in Tanzania. Lulu is a lesbian woman in her late twenties, Grace is a trans woman in her mid-twenties, and Baraka is a gay man in his mid-thirties. These are not their real names, as they live in Tanzania and do not feel safe coming out to the general public. Their experiences, however, are painfully real. I am grateful to them for having the courage to speak up, and I hope reading about the human cost of the evils of homophobia and transphobia will help the reader better understand the urgency of LGBT rights advocacy in Tanzania.

END_OF_DOCUMENT_TOKEN_TO_BE_REPLACED

Should active enemies of freedom be allowed into free countries? In 2007, speaking at Columbia University in New York City, then-President of Iran Mahmoud Ahmadinejad memorably declared that there are no homosexuals in Iran, drawing derisive laughter from the audience. He also made similarly outrageous remarks about the Holocaust and women’s rights in Iran. Thousands protested, and the world saw him for what he is – an ignorant bigot who as president exhibited “all the signs of a petty and cruel dictator,” as the university’s president put it in his introduction. Untrue and immoral speech tends to discredit itself, especially under scrutiny, and that is precisely why it should not only be permitted but welcomed. 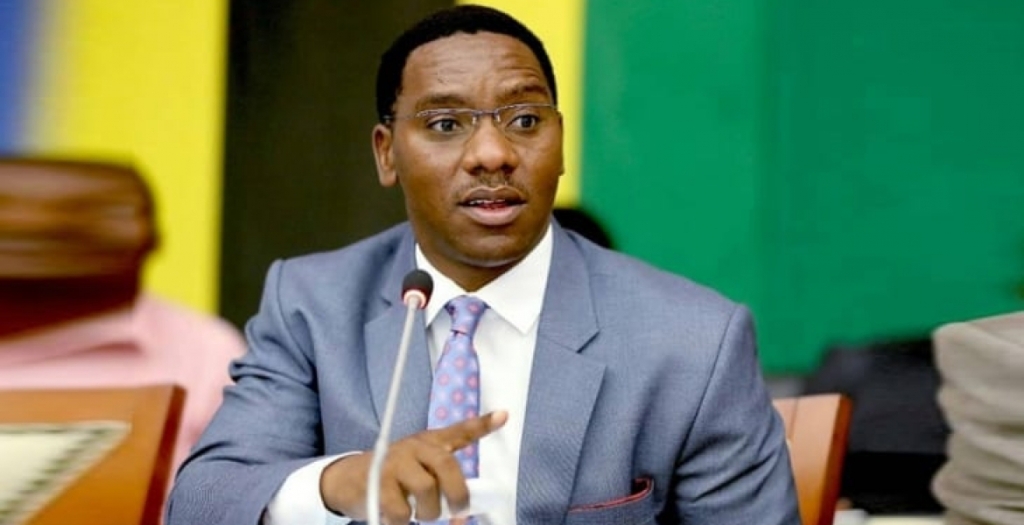 Secretary Mike Pompeo last week declared Paul Makonda and his wife, Mary Massenge, ineligible for entry into the United States. In a statement released by the U.S. State Department, Pompeo said he was banning Makonda “due to his involvement in gross violations of human rights, which include the flagrant denial of the right to life, liberty, or the security of persons.” He did not state which right violations specifically led to the decision. I say, let him come, and treat him to some good old American free speech. END_OF_DOCUMENT_TOKEN_TO_BE_REPLACED

Last Thursday, Uganda announced plans to resurrect the infamous “Kill the Gays” bill, possibly within weeks. A version of the bill was first signed into law by President Yoweri Museveni, and then ruled invalid on a technicality by the courts, in 2014. If passed by the parliament, the new bill would impose the death penalty not only for gay sex, but also for “promotion and recruitment,” effectively criminalizing vital rights and health advocacy work. This will only serve to increase anti-gay hate and violence in a country where acceptance of homosexuality is already much lower than in most parts of the world, and cause suffering for thousands of innocent Ugandans. END_OF_DOCUMENT_TOKEN_TO_BE_REPLACED

Last month, the United States Supreme Court made same-sex marriage legal in all fifty states of the Union, and the District of Columbia, adding the United States to the list of nearly two dozen countries, mostly in Europe and the Americas, that recognize marriage between a man and a man, and between a woman and a woman. The decision, which is nothing short of historic, made waves around the globe, including in Bangladesh, and is a cause for celebration for everybody who believes in equal human dignity. END_OF_DOCUMENT_TOKEN_TO_BE_REPLACED

For better or for worse, people think in boxes. They have boxes for things, and they have boxes for people: Bengali, westerner, Muslim, Hindu, atheist, Asian, White, Black… Curiously, one pair of boxes seems to play a particularly important role in people’s lives: Think about it… What was the first-ever question that anybody has asked about you? Likely, the answer is: “Is it a boy or a girl?” And, likely, that question was asked before you were even born. But does it really matter whether you are a man or a woman? And should it matter? END_OF_DOCUMENT_TOKEN_TO_BE_REPLACED

“Ever since I was in first grade, I was teased by my classmates for my girlish behavior. Back then, I didn’t even know I was gay; and being called gay was quite offending. I used to get teased, bullied and even took a few hits for my ‘inappropriate’ behavior. END_OF_DOCUMENT_TOKEN_TO_BE_REPLACED

END_OF_DOCUMENT_TOKEN_TO_BE_REPLACED

This interview was published in The Independent on September 9, 2012. END_OF_DOCUMENT_TOKEN_TO_BE_REPLACED

Babu and Arif have been friends from childhood. They went to school together, played on the same cricket team and had no secrets – except one, but only until recently. While they were out having phuchkas at a street stand somewhere in Dhaka, Arif suddenly slipped into an awkward silence for a couple of seconds. END_OF_DOCUMENT_TOKEN_TO_BE_REPLACED

Great empires may come and go, but like the tides, they leave behind a tangled assortment of flotsam and jetsam. In the case of the British Empire, that included much that one might admire, but also a British Protestant morality that was codified in laws that persist to this day. Section 377 of the colonial Penal Code is a striking example. It classed consensual oral and anal sex as “carnal intercourse against the order of nature” and made it a crime punishable with imprisonment for life. When the British administrators withdrew, they took their soldiers, but left their law books behind. Section 377 was recently repealed in India, but it is still very much on the books in Bangladesh. END_OF_DOCUMENT_TOKEN_TO_BE_REPLACED