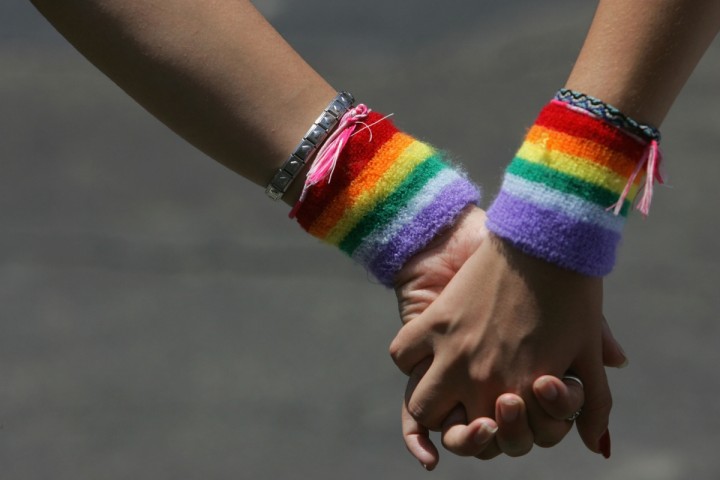 How do people know if they are lesbian, gay, or bisexual (LGB)?

What causes a person to have a particular sexual orientation?

There is no consensus among scientists about the exact reasons that an individual develops a heterosexual, bisexual, gay, or lesbian orientation. Many think that nature & nurture both play complex roles. People choose their sexual orientation no more than they choose their skin color.

What role do prejudice & discrimination play in the lives of lesbian, gay, and bisexual people?

Openly lesbian, gay, and bisexual people in Bangladesh encounter extensive prejudice, discrimination, and violence because of their sexual orientation. Many face discrimination at school, university, and their workplace, are denied access to health care & justice and find little support from family members & friends. Section 377 of the Bangladesh Penal Code, a colonial law enacted in 1860 & left behind by the British Empire, makes same-sex intercourse a crime punishable by imprisonment for life. As a result, only few are open about their sexual orientation, while most are forced to live a life of secrecy & lies, conformed to bigotry & misguided notions of morality. With heterosexual marriage still being considered a woman’s nirvana, the level of tolerance for lesbians is particularly low.

What is the psychological impact of prejudice and discrimination?

Homophobia is endemic in Bangladesh and has serious negative effects on the mental health & well-being of LGB people, especially if they attempt to conceal or deny their sexual orientation. Prejudice, discrimination, and anti-LGB violence are major sources of stress for LGB people. A study conducted by University of Dhaka professor Md. Kamruzzaman Mozumder et al. found that 47% of gay men in Bangladesh have considered suicide at least once.

What can people do to diminish prejudice & discrimination against LGB people?

Lesbian, gay, and bisexual people who want to help reduce prejudice & discrimination can be open about their sexual orientation, even as they take necessary precautions to be as safe as possible. Heterosexual people who wish to help can make a point of coming to know LGB people, and they can work with LGB organizations to combat discrimination.

Is homosexuality a mental disorder, a disease, a disability, unnatural or abnormal?

No. Lesbian, gay, and bisexual orientations are not disorders. Several decades of research & clinical experience have led all mainstream medical & mental health organizations to conclude that these orientations represent normal forms of human experience. Homosexual relationships, just like relationships between men & women, are natural & healthy forms of human bonding. The World Health Organization (WHO) removed homosexuality from its list of mental illnesses in 1990.

What about therapy intended to change sexual orientation from gay to straight?

Being LGB is completely normal & healthy. Homosexuality & bisexuality are not illnesses and hence do not require treatment. To date, there has been no scientifically adequate research to show that therapy aimed at changing sexual orientation is safe or effective. Furthermore, it seems likely that the promotion of change therapies reinforces stereotypes and contributes to a negative climate for LGB persons.

Is homosexuality a Western phenomenon?

No. Homosexuality has been part of every society & every culture, and also occurs in animals. Different surveys around the world have found that between one & ten out of 100 people are attracted to members of the same sex. Ancient Indian literature, Mughal paintings & other historical evidence indicates that homosexuality has been prevalent across the Indian subcontinent throughout history.

Can culture or religion justify discrimination?

Cultural or religious norms no more justify discrimination against LGB people than norms of this kind can justify racism or sexism. Bullying & harassment, denying LGB people equal opportunities & respect, or prosecuting them for who they are is neither pious nor cultured but immoral.

What is “coming out” & why is it important?

Telling other people that you are homosexual or bisexual is called “coming out.” Coming out is often an important psychological step for LGB people. Lesbians & gay men who feel they must conceal their sexual orientation report more frequent mental health concerns than do lesbians & gay men who are more open. However, you should only come out if you want to and if you are ready. Although you hope that your friends & family will support you, it is possible that they will not. If you are financially dependent on your parents, you may want to wait to come out to them. It is possible that they may react poorly and try to force you out of the house, into a heterosexual marriage or into unnecessary & harmful psychiatric treatment. If you do come out, it is a good idea to start by telling someone who you are pretty certain will have a positive reaction. Coming out might be one of the most difficult tasks you confront in your life, but it can also be one of the most rewarding. Coming out is one way of affirming your dignity and the dignity of other LGB people.

Is homosexuality a sin?

Judaism, Christianity and Islam traditionally consider homosexual behavior sinful. Hindu, Buddhist, Jain and Sikh teachings regarding homosexuality are less clear, and religious authorities voice diverse opinions.Today, leaders from all religions are increasingly accepting of homosexuality, with some of them going as far as endorsing gay marriage. Progressive Muslim scholars, for example, argue that Islam does not condemn homosexuality and point out that, while the Qur’an speaks out against homosexual lust, it is silent on homosexual love, cf. Omid Safi (ed.), “Progressive Muslims: On Justice, Gender, and Pluralism” (Oxford, 2003). Many Bangladeshi LGB people, including followers of all religions, report that they experience no conflict between their sexual orientation & their faith.

It is okay to be lesbian, gay or bisexual (LGB), and as natural as being straight. Being LGB is not an illness, mental disorder or disability; it is completely normal & healthy, and as much a human variation as being left-handed.

If you are lesbian, gay or bisexual, you are not alone. There are hundreds of thousands of LGB people in Bangladesh. Many of them are organized in LGB groups where you can find support. If you need someone to talk to, you can also call the BSWS helpline, a free & anonymous counseling service, at 01714048418, or chat with their counselors at bandhu-bd.org (Sunday to Thursday, 8.00 a.m. to 4.30 p.m.).

You can help reduce prejudice, discrimination and violence against LGB people through advocacy and outreach.

Parts of this brochure are excerpts from the website of the American Psychological Association (APA). The original text can be found at www.apa.org/topics/sexuality/sorientation.pdf