“Are Humans More Equal Than Other Animals? An Evolutionary Argument Against Exclusively Human Dignity,” Philosophia 48 (2020), pp. 1807-1823

Secular arguments for equal and exclusively human worth generally tend to follow one of two strategies. One, which has recently gained renewed attention because of a novel argument by S. Matthew Liao, aims to directly ground worth in an intrinsic property that all humans have in common, whereas the other concedes that there is no morally relevant intrinsic difference between all humans and all other animals, and instead appeals to the membership of all humans in a special kind. In this article, I argue that both strategies necessitate drawing a line that is both arbitrary and implausibly opens a moral gulf between individuals whose difference from one another in terms of empirical reality is entirely unremarkable, providing reasons to reject them that go beyond the standard objections in the literature. I conclude that, if all humans are to be included in the community of equals, we must lay to rest the idea that we can do so without also including a wide range of non-human animals.

Mental-threshold egalitarianism, well-known examples of which include Jeff McMahan’s two-tiered account of the wrongness of killing and Tom Regan’s theory of animal rights, divides morally considerable beings into equals and unequals on the basis of their individual mental capacities. In this paper, I argue that the line that separates equals from unequals is unavoidably arbitrary and implausibly associates an insignificant difference in empirical reality with a momentous difference in moral status. In response to these objections, McMahan has proposed the introduction of an intermediate moral status. I argue that this move ultimately fails to address the problem. I conclude that, if we are not prepared to give up moral equality, our full and equal moral status must be grounded in a binary property that is not a threshold property. I tentatively suggest that the capacity for phenomenal consciousness is such a property, and a plausible candidate.

“The Concept of Human Dignity in German and Kenyan Constitutional Law” (with Reginald M. J. Oduor), Thought and Practice: A Journal of the Philosophical Association of Kenya 4 (2012), pp. 43-73

This paper is a historical, legal and philosophical analysis of the concept of human dignity in German and Kenyan constitutional law. We base our analysis on decisions of the Federal Constitutional Court of Germany, in particular its take on life imprisonment and its 2006 decision concerning the shooting of hijacked airplanes, and on a close reading of the Constitution of Kenya. We also present a dialogue between us in which we offer some critical remarks on the concept of human dignity in the two constitutions, each one of us from his own philosophical perspective.

The existence of predatory animals is a problem in animal ethics that is often not taken as seriously as it should be. We show that it reveals a weakness in Tom Regan’s theory of animal rights that also becomes apparent in his treatment of innocent human threats. We show that there are cases in which Regan’s justice‐prevails‐approach to morality implies a duty not to assist the jeopardized, contrary to his own moral beliefs. While a modified account of animal rights that recognizes the moral patient as a kind of entity that can violate moral rights avoids this counterintuitive conclusion, it makes non‐human predation a rights issue that morally ought to be subjected to human regulation. Jennifer Everett, Lori Gruen and other animal advocates base their treatment of predation in part on Regan’s theory and run into similar problems, demonstrating the need to radically rethink the foundations of the animal rights movement. We suggest to those who, like us, find it less plausible to introduce morality to the wild than to reject the concept of rights that makes this move necessary to read our criticism either as a modus tollens argument and reject non‐human animal rights altogether or as motivating a libertarian‐ish theory of animal rights. 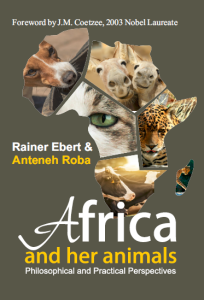 Africa and Her Animals challenges the common view that animals are essentially inferior to human beings: it is both the start of a long overdue conversation and a call to action. Non‐human animals, essential to the everyday lives and well-being of Africans, impact and are affected by African societies in diverse ways. Africa and Her Animals investigates and analyses the moral, social, cultural, religious, and legal status of non‐human animals in Africa. The contributors, drawn from a wide range of countries and specialist fields, purposefully demonstrate how theoretical and practical issues are inextricably linked, illustrating the importance of transcending disciplinary boundaries, and showing how scholars and practitioners can benefit greatly from genuine and sustained interaction with each other. Their research provides a fresh understanding of the philosophical, religious, and scientific underpinnings of the issues at the heart of the human-animal relationship in Africa. Africa and Her Animals is a valuable source of information and inspiration for researchers, students, development and NGO workers, policy makers, animal rights activists, and all who work with, or are interested in, animals in Africa. 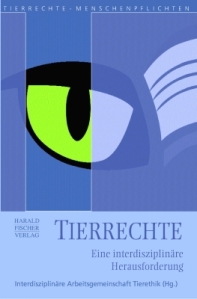 “The African university and the moral status of non-human animals” (with Workineh Kelbessa), in: R. Ebert & A. Roba (eds.), Africa and Her Animals (Pretoria: University of South Africa Press, 2018), pp. 67-81

“On What a Good Argument Is, in Science and Elsewhere,” Dhaka University Journal on Journalism, Media and Communication Studies 1 (May 2011), pp. 17-26

We study in detail the degeneration of K3 to T^4/Z_2. We obtain an explicit embedding of the lattice of collapsed cycles of T^4/Z_2 into the lattice of integral cycles of K3 in two different ways. Our first method exploits the duality to the heterotic string on T^3. This allows us to describe the degeneration in terms of Wilson lines. Our second method is based on the blow-up of T^4/Z_2. From this blow-up, we directly construct the full lattice of integral cycles of K3. Finally, we use our results to describe the action of the Enriques involution on elliptic K3 surfaces, finding that a Weierstrass model description is consistent with the Enriques involution only in the F-theory limit.

There are few moral convictions that enjoy the same intuitive plausibility and level of acceptance both within and across nations, cultures, and traditions as the conviction that, normally, it is morally wrong to kill people. Attempts to provide a philosophical explanation of why that is so broadly fall into three groups: Consequentialists argue that killing is morally wrong, when it is wrong, because of the harm it inflicts on society in general, or the victim in particular, whereas personhood and human dignity accounts see the wrongness of killing people in its typically involving a failure to show due respect for the victim and his or her intrinsic moral worth. I argue that none of these attempts to explain the wrongness of killing is successful. Consequentialism generates too many moral reasons to kill, cannot account for deeply felt and widely shared intuitions about the comparative wrongness of killing, and gives the wrong kind of explanation of the wrongness of killing. Personhood and human dignity accounts each draw a line that is arbitrary and entirely unremarkable in terms of empirical reality, and hence ill-suited to carry the moral weight of the difference in moral status between the individuals below and above it. Paying close attention to the different ways in which existing accounts fail to convince, I identify a number of conditions that any plausible account of the wrongness of killing must meet. I then go on to propose an account that does. I suggest that the reason that typically makes killing normal human adults wrong equally applies to atypical human beings and a wide range of non-human animals, and hence challenge the idea that killing a non-human animal is normally easier to justify than killing a human being. This idea has persisted in Western philosophy from Aristotle to the present, and even progressive moral thinkers and animal advocates such as Peter Singer and Tom Regan are committed to it. I conclude by discussing some important practical implications of my account.

I have also published more than 50 columns on contemporary moral, social & political issues and travel articles in print & online newspapers in Australia, Bangladesh, Denmark, Ethiopia, Germany, Ghana, India, Nigeria, Pakistan, Sierra Leone, South Africa, Sri Lanka, Tanzania, Uganda, the United Kingdom, and the United States, some of which can be found on my blog and here.